Thanks to wikipedia for the quotes

More than 150 years ago Governor La Trobe set aside over 1,000 hectares to become a park for recreation.  There is much less land there now. Today we thank La Trobe for his foresight and we thank all the people, down the years, for battles won and lost as others have tried to carve off and sacrifice parcels of our Park.

Landscape architects Brian Stafford and Ronald Jones, on their design presented in the 1980s, expressed a philosophy that the character of the Park was inherent in its form –

a place where the earth swells, the dome of the sky soars overhead and the horizon beckons

A sense of the landscape at the time of Europeans’ first encounter with it was to be evoked by planting indigenous species and enhancing the Park’s spacious quality, principally through a process of ‘editing’ rather than adding new features.The aim was

to provide a park for persons rather than machinery, for individual public activity rather than restricted private institutions, and for psychological recreation as well as physical activity 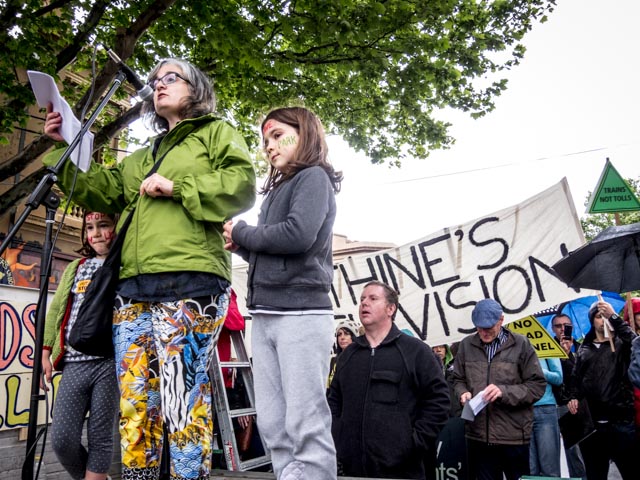 Does anyone think that the citizens of Melbourne will be thanking the designers of this road in 150 years from now?

Royal Park has to stay there intact for eternity –
for our kids, for their kids.